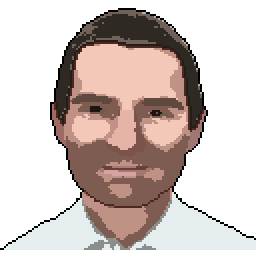 I just participated in a few internal newbie BC trainings to bring me up to date. After all I left the NAV world in 2010 and quite a lot has changed. One subject of the trainings was how to update a license file. There’s nothing really interesting about the PowerShell command which is documented well. There’s one issue though. According to the documentation you need to restart the server instance. When the command is executed, I get the following warning:

So, do we need to restart all server instances except the one we used for importing the license file, because the warning mentions other services? Asking around my colleagues I received the reply, that I should restart all server instances. Searching the internet for an answer did only return an old, and probably deleted blog post. Using archive.org I got a hint that it could be done, without restarting the servers.

Unfortunately, the images are missing, so this turned out to be a dead end.

Maybe the restart could be prevented by importing the license multiple times, but using a different server instance each time? I haven’t tested this approach but went down another one. If I can not be sure, whether I need to restart a server instance, I just need to make sure, that I can do this in an unattended way during the night and log this.

I created a lot of PowerShell scripts in the past, which had to be executed automatically. So my first thought was, that I could easily achieve an unattended import using the Windows Task Scheduler. Knowing that it was possible I only had to solve two other ‘problems’. The PowerShell script needed to be executed with administrative privileges and I needed some kind of logging, but I did want to solve this using the out of the box options provided by PowerShell. I solved the administrative executed by using the System account. I used the System account, because I want to be able to export the task and reuse it on another system. On this one there may not be a dedicated service account.

Importing a license doesn’t happen very often, so I needed an option to create a trigger which is executed once. The one time option didn’t work with the System account for some reason. So, I created a daily schedule (1) but added an expire date (2) just after the schedule. The daily schedule is executed once and due to the expiration date, a Next run time won’t be scheduled (3).

An easy option to log something in PowerShell is Start-Transcript. I wasn’t aware that a few bugs have been fixed over the years, so it was a pleasant surprise to find a really useful log.

The necessary files can be downloaded from my GitHub:

We need these privileges because the service will be restarted.

I’ve tested this script against BC 14 as well as BC 18.5 and it will probably work against all other versions. At least as long as Microsoft doesn’t change the naming of the service executable. I haven’t seen this kind of change in my SharePoint career, and I don’t expect this to happen in BC either.

If you are running multiple service instances, you can provide an array of those instance names, which should be ignored. Example: You are running a different license in a DEV instance than in the other, you may exclude the DEV instance from the script with this parameter.

There’s currently not much BC related, so I put the required script in my PowerShell_Snippets repository.

You May Also Enjoy

This is a revised, simplified version to create a unified path styling across all applications.

Third approach to for a modal dialog to start workflows, use wizard steps and creating new picker field entries.

With this template you can define workflows which should be deleted. Each child is retrieved, can be reviewed and than everything will be deleted after confi...

Real search results will be displayed below the ads.